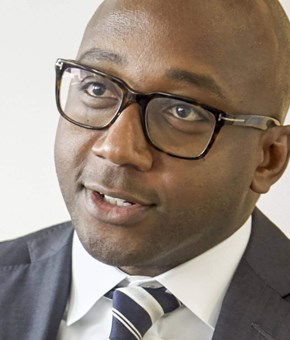 The path to success isn’t always the most obvious one

Relationships are a key part of Neto Alexander's path to success in management consulting. Reflecting on his early career, he shares how leveraging relationships can lead to exciting new opportunities.
Read On

Neto Alexander grew up between two islands, making the five-hour flight back-and-forth between his birthplace of Trinidad and Brooklyn, New York, every few months. The constant travel turned out to be good practice for his current consulting life, even though back then he didn’t quite know how it would all fit in.

“I was always sure I’d work in business or finance somehow, although consulting wasn’t on the career map for me as a schoolboy,” said Alexander, a managing director who works with private equity clients. “Consulting is so fascinating and wide-ranging that we all still sometimes have trouble describing what we do to people who aren’t close to the industry, so it certainly wasn’t something I could aspire toward at that point.”

I was really fascinated with the nature of the work – working with executives and firm leaders to solve complex and consequential problems.

Alexander moved to the U.S. permanently at 17 after finishing high school in Trinidad, attending the University of Illinois for his undergraduate degree in decision sciences. He then worked in the Midwest as a software engineer for a few years until a chance reunion with an old friend led him down his next path. “I remember reconnecting one summer with a childhood friend, who had completed MBA and was now working in the management consulting industry,” Alexander said. “I was really fascinated with the nature of work he was doing – working with executives and firm leaders to solve complex and consequential problems.” From that interaction, Alexander knew that was what he wanted to do, and charted his own course by attending the Wharton School of Business for his MBA. After graduation, he was placed into the consulting world almost immediately.

According to Alexander, aside from the fact that a consulting role can incorporate many different areas, making it a difficult job to explain to young people, sometimes the pathway to success isn’t obvious either. Alexander got guidance from several student support groups and the alumni body at Wharton on his journey, which, he said, was invaluable. “There have been a number of people who supported, if not sponsored me and helped remove roadblocks,” he said. “You have to seek out and take advantage of relationships that can create opportunities for you. And when I say create opportunities, it’s about opening the door and making it possible for you to advance through that door.”

Simply delivering a presentation or putting something in a brochure doesn’t work; diversity and inclusion is about people seeing themselves there.

Working to bring in different kinds of people and their diverse points of view to the workplace cannot be limited to lip service. “Simply delivering a presentation or putting something in a brochure doesn’t work; it’s about people seeing themselves there,” he said. Often, it’s not even the gender or race of the person that you’re seeing in a successful role that matters, but simply shared life experiences, he said. “That provides validation to your own efforts and hard work.”

This is especially true for a profession like management consulting where the hours can be long, travel is persistent, and the nature of work can change quickly. “You certainly need a hunger and a fire in your belly to go after this because it can be tough ride.”

Alexander and his wife, who works in pharma, recently moved to sunny San Diego to be closer to family and make caring for their young children easier – they have a four-year-old and a two-year-old. “We’d been in New York for a very long time, but both of our jobs are pretty demanding, so we wanted to get a little bit closer to family,” Alexander said. “We now have a bit more of a support structure to lean on. We also wanted our children to grow up in the sunshine rather than the freezing cold of NYC!” 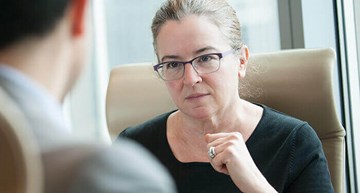 How our journeys shape us: Eric Powell

Director Eric Powell attributes his passion for developing leaders and motivating others to his village, who steadfastly put family and faith first. Read More