Perspective from China: The auto industry is entering a ‘profit desert’, as heavy spending on new mobility and stagnation in key markets, including China, take hold simultaneously, says AlixPartners research

Shanghai (July 3, 2019) – The automotive industry is about to enter a “profit desert” as it faces the simultaneous challenges of massive investment on “CASE” (connected, autonomous, shared, electric) vehicle technology and stagnation in key markets globally, including China, which will likely not return to 2018 sales levels for several years. That’s according to new research, including an international consumer survey, from AlixPartners, the global consulting firm.

The AlixPartners analysis, which addresses issues regarding industry sales outlook, financial performance, automotive M&A, product-development strategies, electric vehicle battery development, autonomous vehicles, dealers and the aftermarket, finds that the high cost of electric vehicles will contribute to near term dampening of profits. The study finds that average variable powertrain cost for battery electric vehicles (BEVs) is currently two-and-a-half times that of conventional powertrains, or about $16,000 per vehicle versus about $6,500 per vehicle. The research shows that these costs will come down over time, such as battery-pack costs likely falling 4% annually due to technological improvements and 7% annually due to economies of scale. However, challenging the industry during the intervening period is the finding that average industry sales globally per BEV model-line will be only 15% of historical levels as late as 2022—or only about 14,000 vehicles sold per model, versus approximately 90,000 units per model for traditionally-powered vehicles.

All told, the research finds that announced industry spending from 2019 through 2023 for electrification is $225 billion—roughly equal to the total annual amount that all automakers globally combined spend on capital expenditures (CapEx) and research and development (R&D).

Shiv Shivaraman, Managing Director and Regional Market Leader for Greater China, said: “The automotive industry is entering what could be a multi-year ‘Profit Desert’, as spending on new CASE technologies ramps up massively just as key markets around the world stagnate or fall. Health and survival itself, for many industry players, may be determined by the actions they take in coming months to proactively transform their operations and investment approaches.”

China has been at the clear forefront of electric vehicle market activity, with 1.7 million unit sales and over 100 product model launches expected in 2019. The vast majority of Battery Electric Vehicle (BEV) sales in China so far come from Chinese brands. More than 50 Chinese BEV startups have attracted over $18bn investment since 2014. AlixPartners’ powertrain forecast indicates China and Europe will each have 19% EV (BEV and PHEV) share in 2025, far above expected US market EV penetration of 9%. China also has in place more than 2.5 times the EV charging infrastructure of the US per EV, however even this market-leading infrastructure is not keeping pace with the fast growth in the EV parc.

A new consumer survey that’s part of the research finds that Chinese consumers seem particularly open to electric vehicles, with over 70% saying they are likely to buy a BEV, rising to a stunning 80% in 2030. However, the survey also finds that concerns about the costs of electric vehicles are up significantly from responses in a similar AlixPartners poll a year ago, along with increasing concerns about battery performance and safety.

Dr. Stephen Dyer, Managing Director in AlixPartners’ Shanghai office and head of the Greater China Automotive practice, said: “Despite the ongoing China market slowdown, we are still optimistic about the long-term momentum of NEVs in China, given the government’s ambitious goals for clean energy and consumers’ overwhelmingly positive attitude towards new mobility technology. However, Chinese EV market players will face significant near-term challenges due to high battery costs and falling demand as government subsidies go away. We expect significant industry-wide consolidation and increasing pressure to export over the next few years to gain economics of scale.”

Meanwhile, the AlixPartners research forecasts that the global auto market will grow at an annual rate of just 1.6% through 2026, and that this year sales in the all-important China market will fall dramatically, to 24.8 million units (from 27 million in 2018), while the US market is forecast to begin a cyclical downturn, falling to 16.9 million units this year (vs. 17.3 million in 2018), headed to a trough of around 15.1 million in 2021. And this global stagnation comes at a time, the study notes, when earnings-before-interest-and-tax (EBIT) margins for large automakers globally have fallen from 5.7% in 2017 to 4.6% last year, and when the return-on-capital-employed (ROCE) levels—an important measure of capital efficiency and long-term corporate resilience that includes all CASE investments—for automakers and suppliers alike are approaching Great Recession levels: 2.8% for automakers globally last year, down from 3.6% in 2017, and 4.9% for suppliers, down from 5.8%. OEM capacity utilization in China has trended below healthy levels since 2016, and many players have significant overcapacity.

AlixPartners is a results-driven global consulting firm that specializes in helping businesses successfully address their most complex and critical challenges. Our clients include companies, corporate boards, law firms, investment banks, private equity firms, and others. Founded in 1981, AlixPartners is headquartered in New York, and has offices in more than 25 cities around the world. For more information, visit www.alixpartners.com. 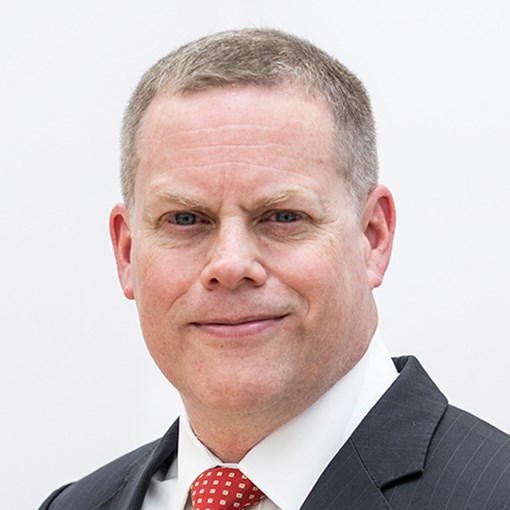