What to expect and how to prepare

While 2018 will be remembered as the year when privacy and personal data became “weaponized,” 2019 could go down as the year in which the battle is fully joined and companies across industries and geographies are pulled into the fray. All companies, not just those in the tech industry or those that have suffered a customer data breach, will be forced to confront their privacy shortfalls.

New laws and regulations have been implemented that, while generally limited to the protection of consumers in or residents of their jurisdictions and businesses operating there, have far-reaching implications that extend worldwide:

And the momentum is shifting toward greater regulation in the future:

As the need for accountability and transparency grows, privacy has become a business-critical topic among executives and boards.

The rise of the "data troll"

Patent trolls, the cringe-worthy scourge of businesses for many years, will be replaced by data trolls, who will inundate the court system with lawsuits waged against unsuspecting companies. 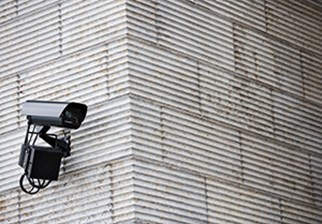 Driven by cybersecurity breaches, by the collection and processing of personal data by companies, and by new notice and disclosure requirements, an acceleration of litigation on behalf of both consumers and shareholders for perceived or real damages is likely. New regulations, particularly those in California, provide many benefits to consumers; but, could also unintentionally help to facilitate this. Even where no damages can be proven, such litigation can incur major legal, performance and reputation costs.

Companies that process personal data could find themselves unprepared to comply with new regulations and caught up in a privacy dragnet that leads to severe reputation and financial damage if they:

Courts and legislators will increasingly acknowledge that employee data, which companies frequently ignore as a source of significant risk, needs similar protections to sensitive consumer data. This could represent a fundamental shift in thinking for very large private employers such as Walmart and Amazon, which collectively employ three quarters of a million people.

The decline of “digital freeganism”

Many of the digital companies that rely on “free data” as a critical component of their business model could see access to that data become locked behind expensive pay-to-play arrangements. Companies that have allowed third parties with access to customer data will be forced to implement strict controls to account for how they share data and with whom. Costs will increase for those companies implementing these controls, as will the need for new ways to monetize this data. All of this will trickle down to the businesses consuming this data.

With heightened requirements for consumers to consent to their data being collected from online sources for processing or sharing with other companies, the legality of business models for organizations that cull public data, such as companies involved with marketing data aggregation, financial risk management, and even those engaged in white hat privacy and cybersecurity services, could be in question, rendering some unsustainable.

"2019 may be the year in which the battle over data privacy is fully joined and companies across the board are pulled into the fray."
Tweet