HOW TO FIND SUCCESS WHEN PLANNING FOR SUCCESSION

Chief executives are leaving their positions at a quicker rate than ever before. There were 627 CEO departures through May 2019, the highest five-month total in the country since 2002 according to executive recruitment firm Challenger, Gray & Christmas.While some of these leadership changes are anticipated – and come with a well-designed succession plan – that’s not the case every time. The quickening pace of disruption, economic uncertainty, and issues like the #MeToo movement have resulted in several surprising changes at the top recently.

A change in CEO leadership is a potentially destabilizing event for any organization. Yet how many boards of directors have an intellectually honest, unbiased, robust, and disciplined approach for executive succession planning at the ready? Not many do, and the failure to plan is almost as bad as selecting the wrong leader.

A well-known and closely studied example is the JCPenney story. After the long-time incumbent CEO Myron Ullman stepped down in October 2011, the board went with an outside and non-traditional choice that looked like a sure winner on paper: Ron Johnson from Apple. Seventeen months later Johnson had been fired, the stock price was cut in half, and the once-illustrious retailer was reeling. It has yet to recover.

With the benefit of twenty-twenty hindsight, we see many oversights from the board of directors in going outside the then-established retailer for its next CEO. Chief among these was something organizational psychologists call the halo effect. This is a common and specific type of cognitive bias we all employ at one time or another during the decision-making process in which our overall impression of an individual comes to characterize – often inaccurately – specific traits and capabilities they may or may not possess. Significant research over the years has found that physically attractive people are often assumed to be also smart, responsible, and/or creative. Similarly, CEOs with brilliant track records in one sector or company are assumed to be also able to pull off a similar performance in a completely different sector or company. Many talent experts like to say that past performance predicts future performance, but most forget or are unaware that the context in which that performance occurred must be carefully analyzed before accurate predictions can be made.

"A CEO change is a potentially destabilizing event, and a failure to plan is almost as bad as selecting the wrong leader. Yet, many boards don’t have a disciplined approach for executive succession planning at the ready."

In the case of JCPenney, the impressive track record of the incoming CEO was assumed to be a predictor of future success. But when the new CEO made certain changes, for example, replacing JCPenney’s long-prized discount pricing strategy with a “Fair and Square Every Day” approach, traditional customers became confused, and the behavioral reinforcement for their buying practices dissolved. We now realize that the board was too quick to assume that Mr. Johnson’s past leadership success would beget future success. Instead, many of the new CEO-led changes happened far too quickly and abruptly and were disenfranchising for JCPenney’s loyal customer base.

Whether you find your next CEO internally or from outside your company, it’s imperative to have a methodical and disciplined approach to selection and integration to guard against biases such as the halo effect. It is simply too easy to fall prey to unconscious bias, cognitive assumptions, inaccurate or inflated media accounts, or even padded resumes. By starting and sticking to a disciplined plan, you can control for the variables that undermine optimal CEO selection. We have used the following framework successfully for many years:

Align on the future vision and strategy: Determine where you are going in your organization’s next chapter and how you plan to get there. Are you going to embark on a growth strategy driven by acquisition or by organic growth? Geographic or new market expansion, or doubling down on the tried-and-true? We often see organizations get seduced by the possibility of acquiring charismatic CEO personalities without first soberly looking at their business strategy.

Assess essential leadership capabilities: To determine the skills and competencies required for future CEO success, boards must specify the measurable outcomes the CEO will be expected to deliver. Candidates for the top role should be evaluated rigorously against these criteria. Objective candidate evaluation accounts for multiple perspectives on the candidates, including past accomplishments and formative experiences, as well as performance on business reasoning tests, personality and culture measures; feedback from key people inside and outside of the organization; and a close read of each candidate’s motivation to take on the job. Evaluating candidates against clear criteria to determine how they will fare in the envisioned future of the business helps control personal biases and manages key risks.

Set up a process for frequent course correction:  New CEOs must integrate into the existing culture if they are to be effective leaders. Whether or not the culture needs to evolve, the CEO must still become accepted as part of the fabric of the organization’s culture in order to drive change. Especially in cases where the new leader is an organization veteran, this will still be a new role and the CEO will want to demonstrate thorough knowledge and support for striking the optimal balance between cultural preservation and change. Becoming an authentic culture carrier is essential to creating leadership that commands dedicated followers.

Strategic succession planning ensures that the inevitable change at the top becomes a manageable event for the organization, not a destabilizing one. It also ensures that employees are confident in their own, and the company’s, future and feel engaged and positively led. An unexpected benefit of this strategic approach is that it helps the organization regularly take stock of its leadership and how its values and goals have changed over the years. With so much riding on it, it would be foolhardy and shortsighted to not make succession planning a priority.

This article originally appeared on ChiefExecutive.net 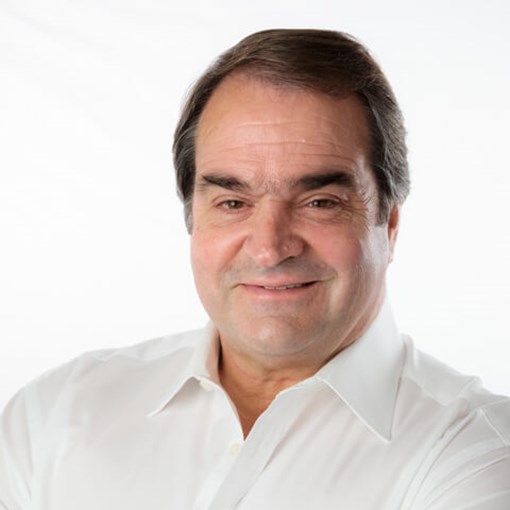