59% of Americans (including 68% of millennials) support raising the minimum wage to $15 an hour, and financial concerns up dramatically as reasons for dining-out less often

NEW YORK (May 9, 2019) – Even though to date the economy remains relatively strong, the chain-restaurant industry in the year ahead faces a consumer base that is starting to show signs of possible fatigue plus multidimensional labor issues made even more complex by the strong economy of recent years—in particular, low unemployment—itself. Those are among the findings in a survey of more than 1,000 U.S. consumers, released today by AlixPartners, the global consulting firm.

On the labor front, the survey finds that 59% of consumers are in favor of raising the minimum wage to $15 an hour, which is more than double the current federal minimum of $7.25 per hour—and which would undoubtedly cause restaurant operators to rethink business models whose profit margins are already razor-thin. Moreover, a whopping 68% of millennials, the poll finds, are in favor of such a wage hike, indicating that the “Fight for 15” (and perhaps more) issue is unlikely to go away anytime soon.

Meanwhile, results from the survey reveal several signs that financial concerns seem today to be taking precedence when it comes to decisions both about dining-out to begin with and how much to spend when they do. For instance, among those who expect to dine-out less often in the year ahead, consumers were given the option of pick as many reasons as applicable among 15 in total. The result? Those choosing a financial concern—as opposed to such things as restaurant service or predictable food—was up eight percentage points net versus responses to the same question in an AlixPartners survey fielded a year ago.  In particular, in this year’s survey 49% said they plan to reallocate savings toward purchases other than restaurant meals, 30% said restaurant meals are too expensive, 30% said their current finances mean they need to cut back on spending, and 15% said they’re concerned about their future financial situation.

In addition, the survey finds that millennials may be impacted more than older generational cohorts by economic worries, as the percentage who plan to spend $10 to $30 per meal is down in this year’s survey (to 55%, from 57% in last year’s) while the percentage that plan to spend $10 or less per meal is up (to 42%, from 40%). The survey also finds 38% of consumers plan to use discounts, such as coupons and promotions, to reduce their restaurant spending in the year ahead, down from 46% in the survey of a year ago—a sign that discounts are perhaps losing their allure. And, in perhaps another sign of caution, the survey also finds that among those planning to reallocate their restaurant spending on other things, 35% said they’d reallocate toward retirement (of the eight options available), up two percentage points from last year’s survey—while 38% said travel, down three points from the year-ago survey.

“The restaurant consumer today is jittery, and for good reason,” said Adam Werner, global co-head of AlixPartners’ Restaurant, Hospitality and Leisure Practice and a managing director at the firm. “The economy—which, of course, drives so much of restaurant spending to begin with—looks great in the rear-view mirror, but what lies ahead is uncertain, and our survey results reflect that consumers are very aware of that.”

“Whether it’s the minimum wage, staffing and hours, or even automatic gratuities, labor issues in this industry are only going to get thornier and more complex,” said Kurt Schnaubelt a managing director in AlixPartners’ Restaurant, Hospitality and Leisure Practice and one of the authors of the survey. “Operators need to use strategic pricing to put value right on the menu to begin with, and they need to have a toolbox of strategies to deal with all the labor issues coming their way. Given the pennies-on-the-dollar margins in the industry today, there is no alternative.”

The AlixPartners 2019 US Restaurant Outlook Survey polled 1,001 consumers ages 18 and older on February 14-19, 2019, across major regions and demographics in the United States. In addition to economic and labor issues, the survey also covered several other issues, including restaurant technologies, online ordering, loyalty programs, tipping, etc.—many of which will be explored in detail in succeeding AlixPartners reports.

AlixPartners is a results-driven, global consulting firm that specializes in helping businesses successfully address their most complex and critical challenges. Our clients include companies, corporate boards, law firms, investment banks, private equity firms, and others. Founded in 1981, AlixPartners is headquartered in New York, and has offices in more than 20 cities around the world. For more information, visit www.alixpartners.com. 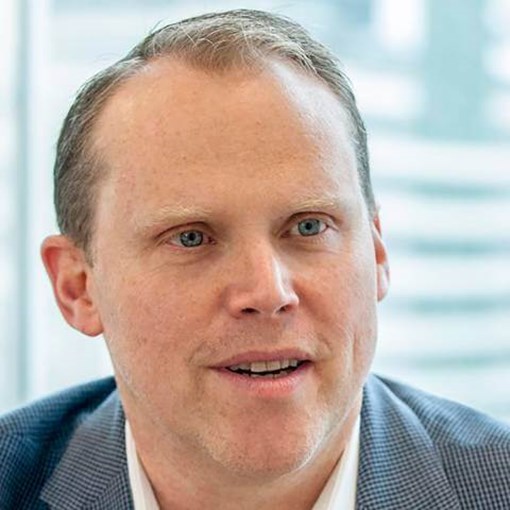